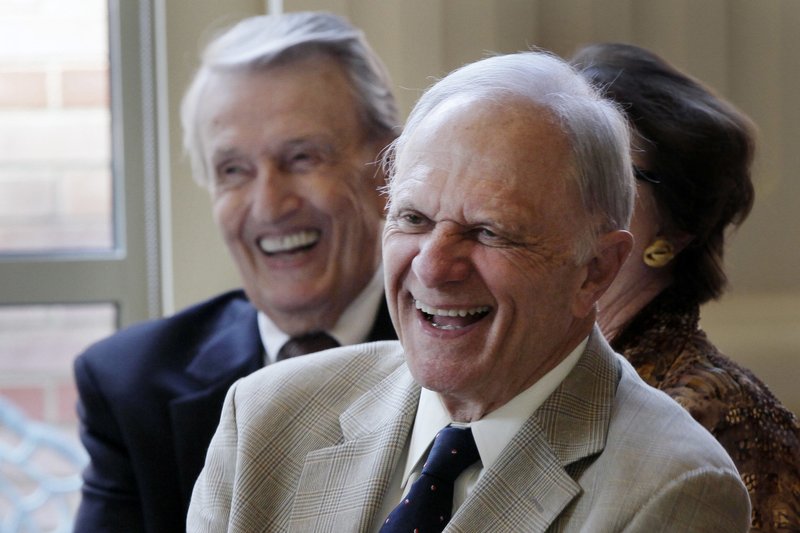 (AP) — David Pryor, a former Arkansas governor and U.S. senator, is hospitalized in Little Rock after testing positive for COVID-19, his family said in a statement Monday.

David Pryor and his wife, Barbara Pryor, both received positive test results Friday for the disease caused by the coronavirus, according to the statement. David Pryor, who is 85 and a stroke and heart attack survivor, was admitted Saturday to the University of Arkansas for Medical Sciences. Barbara Pryor, who didn’t have symptoms, was quarantining at home.

“Our mother is home and remains asymptomatic while our father is responding well in the hospital,” the statement said.

Gov. Asa Hutchinson said at a news conference Monday that news that the Pryors had tested positive “illustrates that no one is immune from the virus.” Hutchinson said said that with the Pryor family being so well-known in the state, “whenever it touches them it touches us all.”

David Pryor served as Arkansas governor from 1975 to 1979 and went on to serve three terms in the U.S. Senate. His son, Mark Pryor, served two terms in the Senate before losing his re-election bid in 2014.

At his news conference Monday, Hutchinson, said the state needs to work to lower its number of new daily cases of the coronavirus.

Hutchinson, who continues to resist enacting a statewide mandate to wear a mask, did encourage Arkansans to do so. Hutchinson has allowed cities to enact mask mandates and noted that about half a dozen cities in the state were doing so .

“While there is a debate about how do you accomplish encouraging and getting people to wear a mask, what we are in total agreement on is that mask is the one tool that we have to reduce the spread of the virus,” Hutchinson said.

Arkansas on Monday reported 572 new cases of COVID-19 for a total of 28,939 reported cases so far. The true number of cases in Arkansas though is likely higher because many people have not been tested, and studies suggest people can be infected and not feel sick.

On Saturday, the state reported a record 1,061 new cases. Hutchinson on Monday noted that about a third of Saturday’s newly reported cases were from a correctional facility in Malvern.

Hutchinson said that even with the drop in new cases reported Monday, “that is way too high.” “We have to get the cases down below that,” he said.

Arkansas’ virus cases have dramatically risen since May, when the state began allowing businesses to reopen.

On Monday officials at Little Rock Air Force Base said they were canceling their “Thunder Over the Rock” air show due to COVID-19 concerns. The air show had been set for Oct. 24-25. The next air show is scheduled for October 2022.