Iran says official who played down virus fears is infected 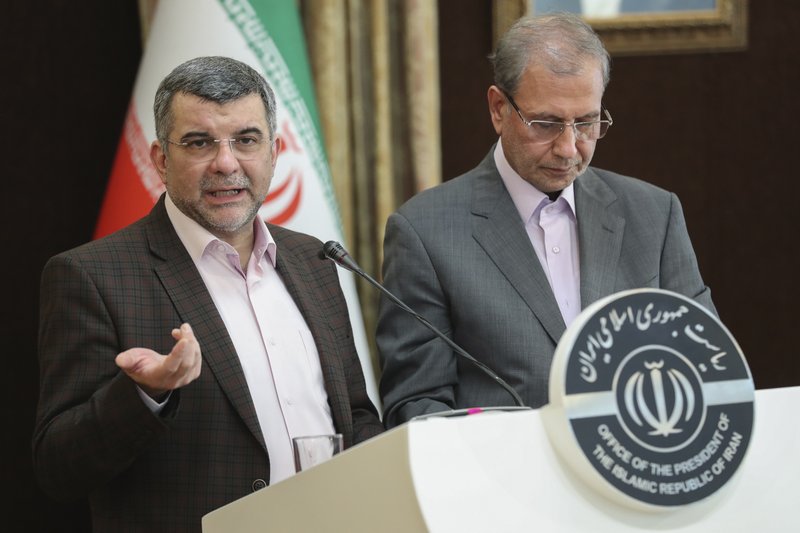 The head of an Iranian government task force on the coronavirus who had urged the public not to overreact about its spread has tested positive for the illness himself, authorities said Tuesday, as new cases emanating from the country rapidly emerged across the Middle East.

Only a day earlier, a coughing and heavily sweating Iraj Harirchi said at a televised news conference in Tehran that “the situation is almost stable in the country.”

The acknowledgement of Harirchi’s illness underscores a growing crisis of confidence felt by many in Iran after nationwide economic protests, a U.S. drone striking killing a top Iranian general and Iran accidentally shooting down a commercial jetliner and insisting for days that it hadn’t.

Iran on Tuesday also saw a crucial air link cut to the United Arab Emirates, home to the world’s busiest airport for international travel in Dubai, as Bahrain announced 17 cases of the virus from passengers who transited through the UAE. The number of cases also increased sharply elsewhere in the region.

Qatar Airways, one of the Mideast’s biggest carriers, also said it was essentially halting operations to Iran and South Korea until further notice.

Health Ministry spokesman Kianoush Jahanpour confirmed Harirchi had the virus. Harirchi himself posted an online video saying he had it and that he had quarantined himself at home. He promised that authorities would bring the virus under control.

“I wanted to tell you that, rest assured that with efforts of your servants at the Health Ministry ... and backed by you people, the government and all elements of the establishment, we will be victorious in our combat against this virus within the next few weeks,” Harirchi said.

On Monday, however, he had offered a far different assessment while repeatedly wiping his brow while standing beside government spokesman Ali Rabiei.

“Currently the situation is almost stable in the country and we could manage to minimize the problem,” Harirchi said. He also said that “quarantines belong to the Stone Age.”

That optimism, while no longer held by Harirchi, also appeared to be undercut by Jahanpour himself on Tuesday. The Health Ministry spokesman suggested it may take at least until Nowruz, the Persian New Year on March 20, for Iran to reach a point where the virus was contained. He added that a more “pessimistic” assessment suggested Iran would contain it by late April.

“We don’t expect a miracle in the short term,” Jahanpour said.

A prominent pro-reform lawmaker, Mamoud Sadeghi of Tehran, also said in a tweet that he tested positive for the virus.

The coronavirus has infected more than 80,000 people globally, causing about 2,700 deaths, mainly in China. The World Health Organization has named the illness COVID-19.