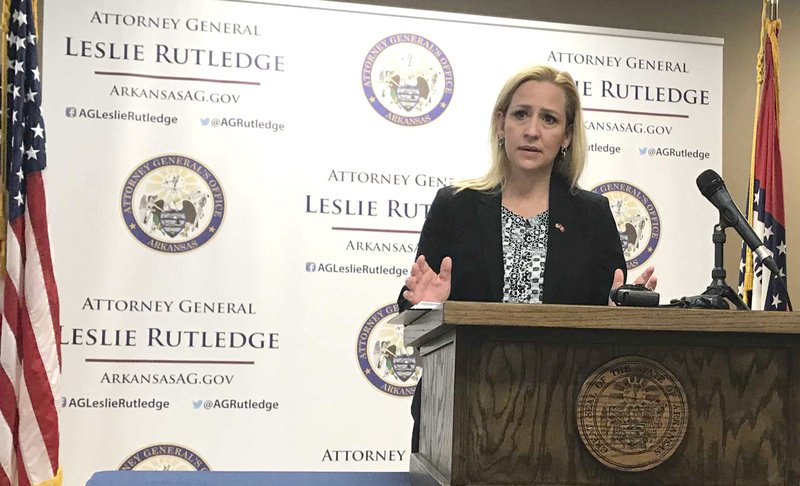 Says, ‘a resurgence of tobacco and nicotine use by our youth and school-aged children’

Arkansas Attorney General Leslie Rutledge has joined 42 state attorneys general and jurisdictions in a letter to U.S. companies that stream movies and television shows urging them to adopt better business practices to protect young viewers from tobacco imagery in video content. The letter was sent to popular companies which include Netflix, Amazon and Hulu.

“Due to the growing popularity of electronic cigarettes, we are experiencing a resurgence of tobacco and nicotine use by our youth and school-aged children,” said Attorney General Rutledge. “When our children see these dangerous products glamorized by the Hollywood industry they are more likely to become smokers which creates a cycle of addiction that we have been fighting for decades.”

The letter urges streaming companies to exclude tobacco imagery from content designated for children, adolescents, families and general audiences, and to improve parental controls so that parents and guardians may easily restrict access to content with tobacco imagery.

A 2018 report published by the Truth Initiative and the University of California San Francisco found that popular streamed shows viewed by young people featured an increased frequency of tobacco imagery than shows on broadcast or cable television. The U.S. Surgeon General has determined that adolescents who watch content with smoking are more likely to become smokers.

The 1998 Tobacco Master Settlement Agreement (“MSA”) resolved lawsuits on behalf of 46 states and six other jurisdictions, including Arkansas. The MSA imposed health-related and advertising restrictions on tobacco companies and required the settling manufacturers to make annual payments to the settling states. The Attorney General is tasked with enforcing the obligations of the MSA and tobacco statutes that were enacted pursuant to the MSA. This enforcement includes operation of a certification process for tobacco manufacturers, ongoing quarterly and annual reporting, maintaining an Approved-For-Sale Directory, conducting audits, collection of escrow amounts and investigation or even litigation should violations of the tobacco statutes occur.