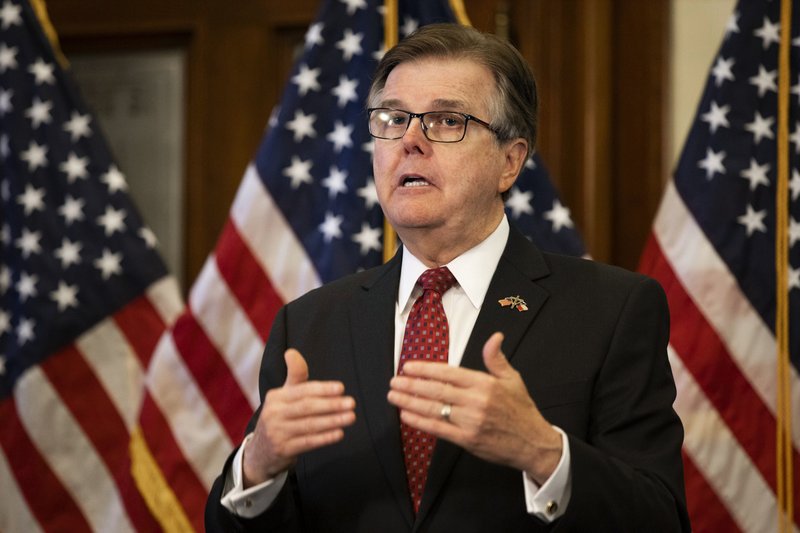 Texas Lt. Gov. Dan Patrick, who launched his political career on conservative talk radio, received a government small business loan for his Houston broadcasting company as the coronavirus pandemic shut down the economy, according to federal data released Monday.

(AP) Patrick Broadcasting received a loan of $179,000 from the federal Paycheck Protection Program, according to Patrick spokeswoman Sherry Sylvester. She said the money was sought due to a decline in advertising sales and was to cover the payroll and expenses of 13 employees.

“The loan did not cover his salary, but he was able to save the jobs of all his employees, many of whom have been with him for decades,” Sylvester said.

The Paycheck Protection Program is the centerpiece of the federal government’s plan to rescue an economy devastated by shutdowns and uncertainty. The program, which helps smaller businesses stay open and keep Americans employed during the pandemic, has been both popular and controversial.

Under the PPP, the government is backing $659 billion in low-interest loans written by banks. Taxpayer money will pay off the loans if borrowers use them on payroll, rent and similar expenses. Companies typically must have fewer than 500 workers to qualify.

Demand was so great that a first infusion of $349 billion ran out in just two weeks. Many Main Street businesses couldn’t navigate the application process rapidly enough to get one of those first loans before funding dried up. Meanwhile, several hundred companies traded on stock exchanges received loans maxing out at $10 million each, causing a public backlash and leading dozens to return the money.