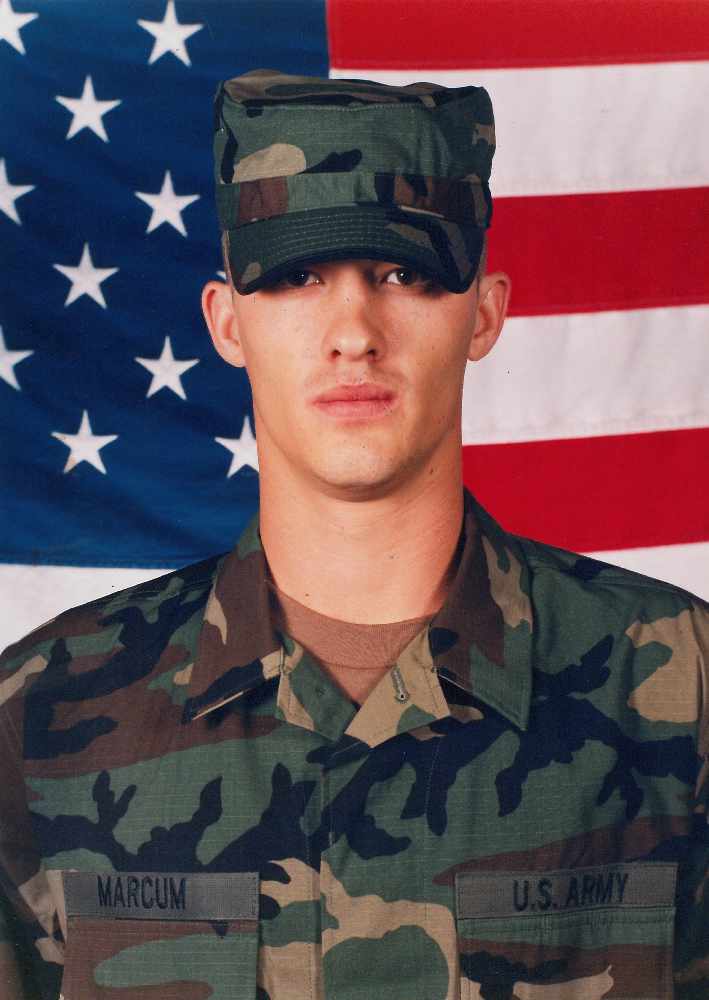 In order to celebrate Ryan’s memory and the sacrifice he made to serve his country, his family has established the Private Van Ryan Marcum Endowed Scholarship to help others achieve their educational dreams.

Van Ryan Marcum attended Florida Air Academy, now Florida Preparatory School, in Melbourne, Florida, during most of his high school years.  In 2000, Ryan returned home to his native Nevada County to attend Prescott High School and play football for the Curley Wolves.  While in Prescott, Ryan was also active at First Baptist Church-Prescott.  After graduating from PHS in 2001, Ryan returned to Florida to attend the University of Florida for one year.  He then returned to Prescott, attended the University of Arkansas Community College at Hope, and worked at various manufacturing jobs and for a local auto mechanic.  As an electrician, Ryan’s father, Gary Marcum, formerly of Hope, also taught him many skills in the electrical field which would later help him earn his Journeyman Electrician’s License.

In March 2004, Ryan’s passion for helping others and his desire to serve his country led him to join the Army. He reported for Basic Training in Ft. Benning, Georgia, in April of that year.  As a soldier, Private Marcum excelled, winning awards in marksmanship, physical endurance, and combat readiness and was well on his way to achieving his dream of becoming an Army Ranger.  His desire to excel and his commitment to serve his country were unwavering.

Tragically, Ryan’s life was cut short on June 19, 2004.  Following an exhausting five mile march with a loaded backpack and weapon, and an excruciating firing range training in which Ryan finished in first place, he leaned against a metal latrine to rest and was electrocuted.  Medevac was dispatched; his Drill Sergeant and several others worked to help him until Medevac arrived to transport him to the hospital.  Unfortunately, Private Marcum lost his life that day while training to serve the country he loved.

In order to celebrate Ryan’s memory and the sacrifice he made to serve his country, his family has established the Private Van Ryan Marcum Endowed Scholarship to help others achieve their educational dreams.  Ryan’s Aunt, Mrs. Dolly Henley, said, “Ryan enjoyed life and enjoyed helping people.  He would be pleased that his family endowed a scholarship to help students become successful in the workforce.”  Mrs. Henley continued, “We, as a family, have a desire to make a difference in the lives of others through educational opportunity, while paying tribute to Ryan's memory in perpetuity.”

Because of his background in electricity and manufacturing, the scholarship will be available to a student seeking a degree in a technical and industrial field.  Preference will be given to a Prescott High School graduate and to a student seeking a two-year General Technology degree with an emphasis in Industrial Electricity.  Chancellor Chris Thomason stated, “The UAHT family is honored to play a small part in celebrating the life of a true American hero.  Private Marcum’s legacy of giving to others will continue through this endowed scholarship by changing the futures of countless others to come, one student at a time.”

For more information about this and other scholarship opportunities at the University of Arkansas Hope-Texarkana, please call 870-777-5722.