Texas inmate who escaped bus got out of restraints, cage 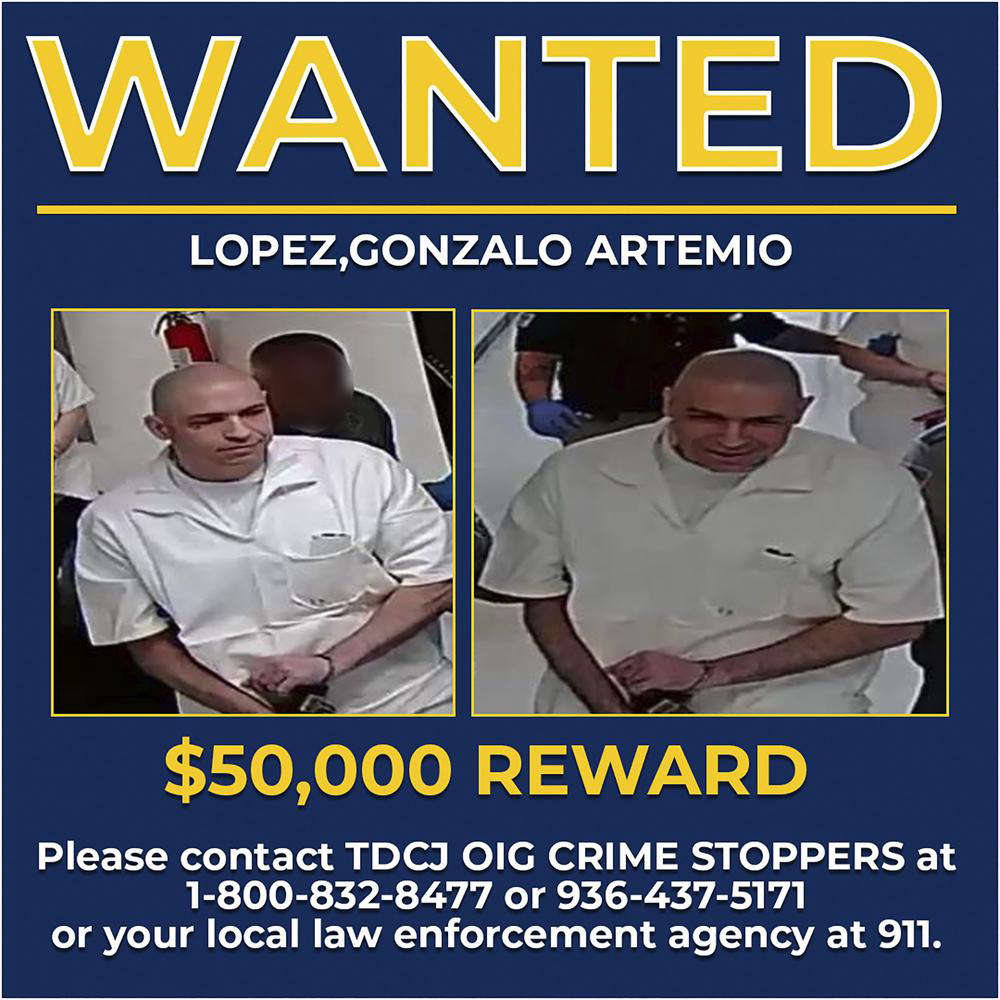 Due to the ongoing efforts in the apprehension of escaped inmate Gonzalo Lopez, visitation for several units including Telford will be cancelled. Until further notice, please contact the unit prior to traveling for visitation.

A convicted murderer who escaped from a prison transport bus in Texas last week got out of his restraints and a cage before stabbing the driver, and he is still on the run Wednesday, authorities said.

46 year old Gonzalo Lopez, who was serving a life sentence, was being transported to a medical appointment on May 12 in a caged area of the bus designated for high-risk inmates, the Texas Department of Criminal Justice said in statement offering new details on the escape.

As Lopez was being transported, he somehow freed himself from his hand and leg restraints, cut through the expanded metal of the cage and crawled out the bottom, the department said. He then attacked the driver, who stopped the bus and got into an altercation with Lopez and they both eventually got off the bus, the department said.

At some point the driver was stabbed and wounded in the hand and chest, said Jason Clark, the department’s chief of staff. He said the driver’s wounds weren’t life threatening.

A second officer at the rear of the bus then exited and approached Lopez, who got back on the bus and started driving down the road, the department said.

The officers fired at Lopez and disabled the bus by shooting the rear tire, the department said. The bus then traveled a short distance before leaving the roadway, where Lopez got out and ran into the woods.

Sixteen prisoners were aboard the bus, but no one else escaped, the department said.

Lopez, who was convicted in 2006 of killing a man along the Texas-Mexico border, escaped in Leon County, a rural area between Dallas and Houston. Several law enforcement agencies are involved in the search, which has included aircraft and teams on horseback and canine teams.

The reward for information leading to Lopez’s capture has increased to $50,000.