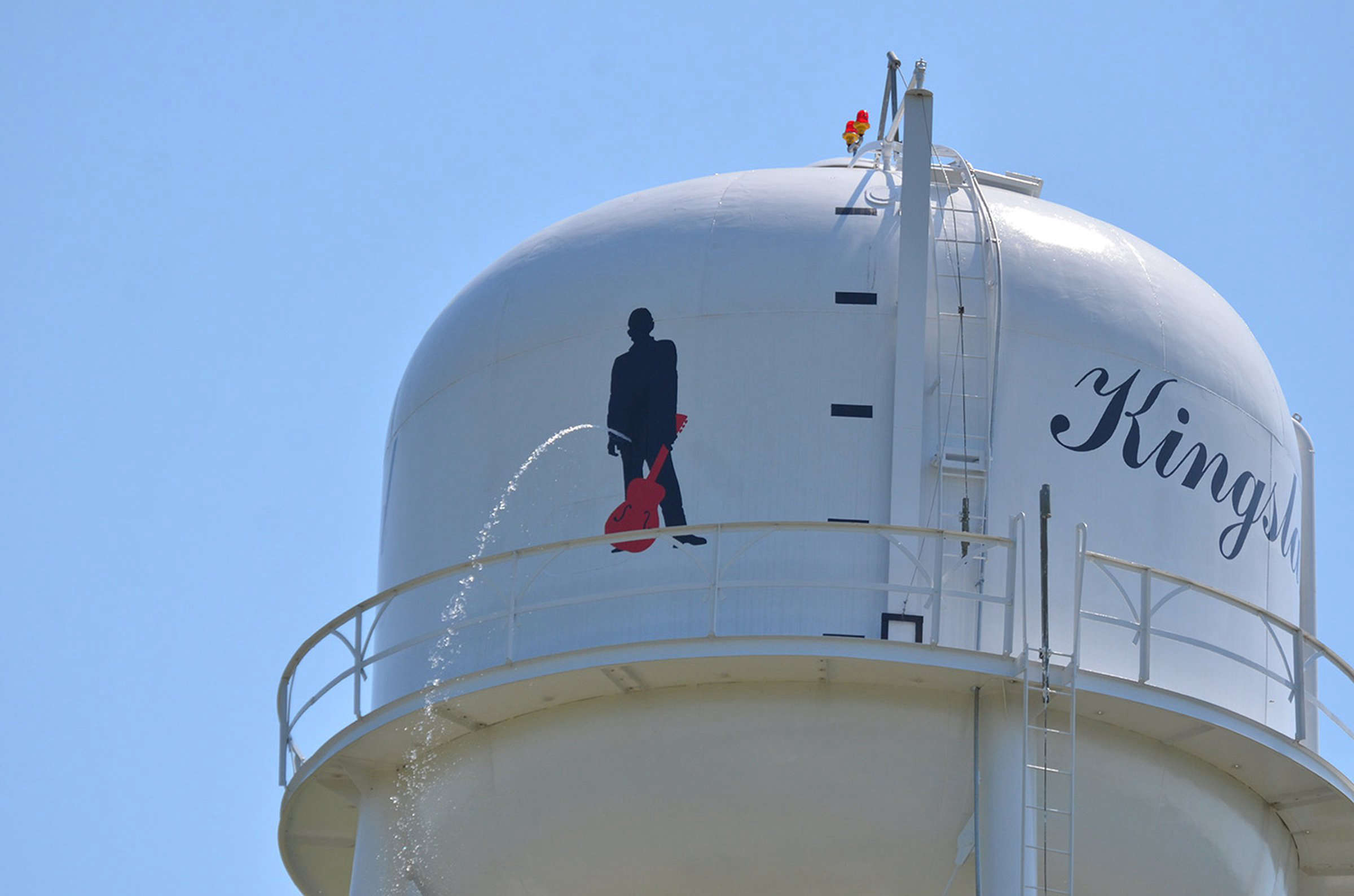 A 38-year-old man in Arkansas was charged with two felonies for allegedly shooting a hole in the water tower.

Last week, a water tower in Kingsland sprung a leak, and it went viral online . . . because it features a mural of Johnny Cash, and the leak was in a very sensitive spot - to make it look like he was urinating down onto the town.

It wasn't a coincidence.  Some sharpshooter managed to shoot the tank at that exact spot . . . and now the prankster has been caught.

38-year-old Timothy Sled was arrested and charged with criminal mischief and impairing the operation of a vital public utility, which are both FELONIES.  If he's convicted, he's looking at up to 16 years behind bars.  Police are still trying to determine if anyone else was involved.

Kingsland is hoping to get it repaired soon.  City officials estimate that the city is losing an estimated 30,000 gallons of water each day, which is about $200 a day.  It will cost around $5,000 to repair the tank, which is a lot for a small town.

Leher Painting Enterprises of Mayflower is being hired to repair the tank. Leher renovated both the inside and outside of the water tank last year as part of a nearly $300,000 grant Kingsland received to make water improvements in the city.

In the meantime, they're saying the water is safe to drink.